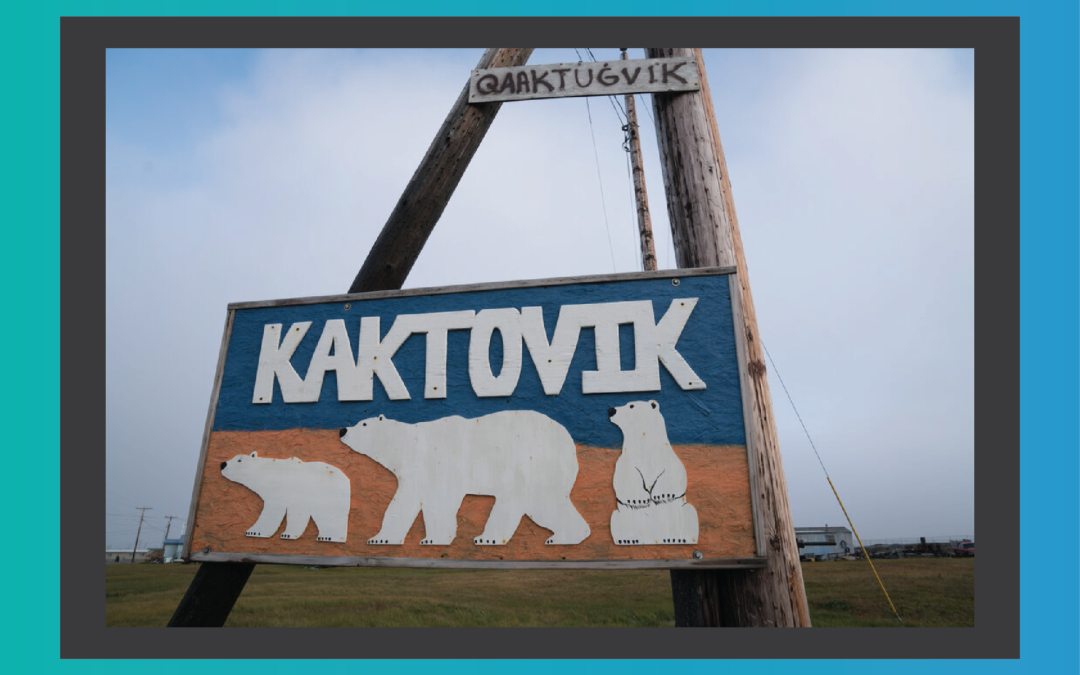 Well, it didn’t take any time at all for the Biden Administration to show its true colors in dealing with oil and gas matters in Alaska. Just five weeks into the new regime’s control of the federal government, the Biden team has managed to weaponize the U.S. Fish and Wildlife Service (USFWS) to run over a Native Alaskan corporation while sullying the firm’s reputation. This is remarkable behavior coming from a political group that says it stands up for the rights of minority populations.

The basic dispute. The Kaktovik Iñupiat Corporation (KIC), which operates in the community of Kaktovik on Alaska’s North Slope, said that it strongly disputes the U.S. Fish and Wildlife Service (USFWS) announcement late last week, that it failed with respect to its permit application to conduct seismic studies in the Arctic National Wildlife Refuge (ANWR). The real facts, according to KIC, are that USFWS’ “own negligence, irresponsibility and failure to do its job resulted in their characterization of the application as no longer actionable.” It’s a decision, says KIC, “that conveniently diverts accountability away from the USFWS while consequently failing the people of Kaktovik.” Mind you, KIC is the village corporation for the Native Village of Kaktovik, the only community residing within the boundaries of the ANWR. It represents the only indigenous inhabitants within the 19.6-million-acre refuge.

Back on Aug. 17, 2020, KIC applied for authorization to conduct a seismic survey program in the ANWR through the U.S. Bureau of Land Management. The Incidental Harassment Authorization (IHA) application would allow KIC to begin assessing oil and gas potential on its own land, and its authorization includes three aerial polar bear den detection surveys. As the lead agency, USFWS is responsible for reviewing, assessing and ultimately permitting such activity under the U.S. Department of the Interior.

Last week, however, the USFWS issued a public statement, accusing KIC of failing to take the necessary steps to receive authorization for the aerial den surveys. USFWS promptly announced that the application was inactive. KIC acknowledges that the surveys were never conducted, but it wasn’t because of it, the applicant.

“KIC specifically inquired with Fish and Wildlife as to whether or not the aerial surveys could begin, prior to issuance of the IHA permit, and we were told ‘no,’” said Matthew Rexford, president of KIC. “We offered to fly higher with our aircraft; we offered to reduce noise levels; and we offered to accommodate any other potential impacts. The answer was consistently no.”

Moving the goalposts. What we have here is a very stout case of a federal agency moving the goalposts at every decision point, seemingly unafraid of legal actions and daring the native corporation and its citizens to complain to a higher authority. It is particularly despicable behavior, but something that doesn’t surprise us with this administration.

Meanwhile, continued Rexford, “Our problem was that we couldn’t conduct the aerial surveys without the IHA authorization from the USFWS, but we also couldn’t get permitted for seismic by that same agency without conducting them. They held all the cards, and then we saw a lot of delays and excuses from them.”
Shoddy federal behavior. Again, such behavior is the hallmark of political ideology rum amuck. The Biden administration hates oil and gas so badly, that it will do anything to prevent fresh exploration and development, particularly, it seems, in Alaska’s ANWR. And, you can be sure that much of this rule-bending and rule-breaking, along with plenty of deception and apparent falsehoods, was deemed appropriate in the name of a greater goal—either climate change and/or environmentalism. But did the Biden people show one ounce of care about the economic livelihood and betterment of the people in Kaktovik, which the ANWR project represented? Again, the answer seems to be a resounding “no.” So much for caring about “the little people.”
In a letter from the U.S. Department of Interior to KIC—received the same day that the USFWS distributed a press release announcing KIC’s permit application dismissal—it admits that “the Service (USFWS) was unable to review and consider all public comments and make appropriate refinements to the IHA and analyses prior to a key milestone identified in KIC’s request.” Again, how convenient for the USFWS and the Biden ideology.
“It was the agency that ran the time out, not KIC,” countered Nathan Gordon, Sr., the chairman of KIC. “They said the seismic activity was predicated on completion of the den detection surveys, but then they wouldn’t approve the aerial den detection work to begin. It was never authorized to commence in the first place, and they just kicked the can down the road. It’s convenient for them, and a lose-lose situation for our community. It’s a reality our people are unfortunately accustomed to when it comes to dealing with the federal government.”

Again, to us at World Oil, it appears that “the little people” were stomped on by the Biden administration, in its zealous pursuit of stopping even the smallest bit of oil and gas activity, particularly in places like the ANWR. It is unfortunate, but understandable, that the folks in Kaktovik have such a poor image of the federal government.
KIC looks for redress of grievances. KIC said that it “takes tremendous offense to the blatant mischaracterization of its work and compliance regarding this application. The effort that our people and community have dedicated to maintaining rights to our homeland—an endeavor promised to us under the Alaska National Interest Lands Conservation Act—should be fully respected.”

In final comments, Rexford said, “We expect an apology from the U.S. Fish and Wildlife Service, the U.S. Bureau of Land Management and the U.S. Department of the Interior. We also fully expect the USFWS to retract their misstatements publicly, and at the end of the day, to do their job.”
Based on administration behavior to date, such an apology or actions will be a long time in coming, if ever. It is becoming apparent, as each day goes by, that the only thing the Biden team cares about is acquiring power and using it to control “the little people,” including the millions of “deplorables” that it thinks are lurking in every state, across the land.
#geophysics #seismic #saexploration