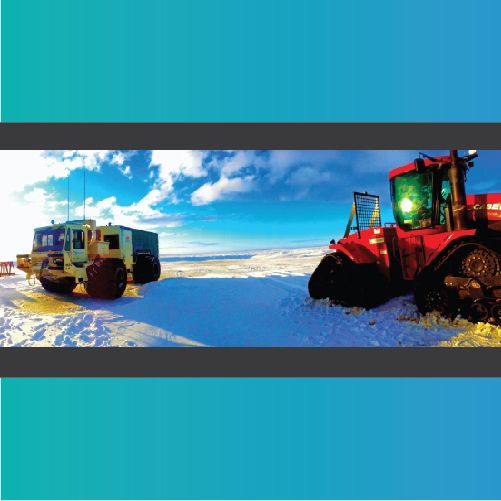 SAE, today announced a combined $130 million of new projects in Alaska, Canada and the Middle East.

The largest contract is valued at approximately $112 million for onshore data acquisition services to be performed on the North Slope of Alaska. The data acquisition services will be conducted over the next three winter seasons, beginning in Q1 2020. In association with this multi-year project award, SAE has entered into a separate agreement with Geospace Technologies Corporation to purchase 30,000 new state-of-the-art GCL recording channels. The new Geospace channels will primarily be utilized during the aforementioned multi-year contract in Alaska, but are also intended to be utilized in other regions, when available, during the off season.

The balance of the new project awards consists of various contracts in Canada, slated to be performed primarily during the upcoming Q1 2020 winter season, and a new research and development pilot contract in the Middle East with two major integrated oil companies, where thousands of next-generation wireless sensors, dropped by a smart, automated fleet of drones, will take high-density, 3D images of the subsurface.

Michael Faust, Chairman and CEO of SAE, commented “We are very pleased to announce these new projects and are grateful that our customers have displayed such confidence in our ability to continue to deliver high quality products and services safely and efficiently. I applaud the remarkable time and effort our dedicated employees put in every day, and their commitment to maintaining the operational excellence that secures these types of projects. These new awards reinforce our belief that the underlying fundamentals of the business are as strong as they’ve been in years. Our backlog for the remainder of 2019 is approximately $67 million and our contracted backlog for 2020 is already at approximately $96 million. SAE is committed to deploying cutting edge technology to further minimize our footprint and reduce environmental exposure everywhere we operate. The purchase of 30,000 small light-weight GCL recording channels, and the automated drone deployment pilots, are strong examples of that commitment to continuously raising the bar on health, safety and environmental protection.”