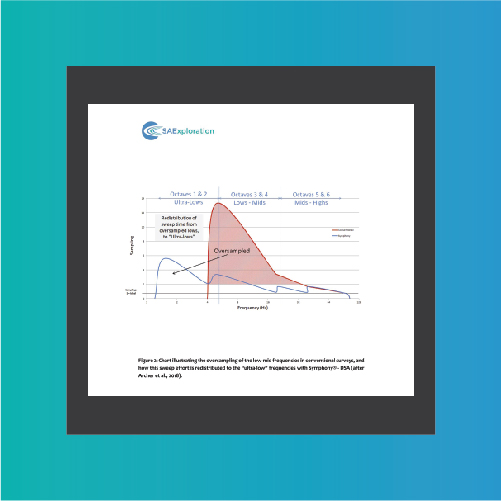 Summary
The economic realities of unstable commodity pricing have applied increasing pressure on acquisition geophysicists to produce more with less. The optimization of survey design for increasingly diverse and demanding geologic objectives is now commonplace. Many projects are complicated by environmental, operational and geologic encumbrances. The utilization of new acquisition geometries, methods and processing tools are paramount in addressing these issues. The application of two such methods, Dispersed Source Arrays and Compressive Seismic Imaging will be reviewed.

Improved sampling
The balance between economic and equipment considerations have typically influenced or constrained our ability to improve sampling. Since the mid to late nineties, vibroseis operations have benefitted from the introduction of methods such as slip sweep (Rozemond et al., 1996) and subsequently Independent Simultaneous Sweeping (Howe et al., 2008). The adoption of these Source Driven Shooting (SDS) methods resulted in a shift where the acquisition geophysicist looks at tighter source geometries, single vibrator fleets and considers designs based on “energy per unit area”. Meunier discusses this subject in his 2011 Distinguished Instructor Short Course. The practical introduction of compressive seismic imaging for land seismic data acquisition by ConocoPhillips (Mosher et al., 2017) has led to several other companies use of the method to further improve sampling. It’s application can have a significant impact on addressing initial processing, migration and gather analysis (Millis, 2018).

Insights and lessons learned
Recent North American project designs routinely show an uplift in source density of 4 times through the utilization of SDS and an increase in bandwidth of approximately 2 octaves with the introduction of custom low dwell sweeps. In addition, Non-Uniform Optimized Sampling (NUOS) and subsequent CSI reconstruction (Mosher et al., 2012) have further improved the trace density by an additional 2 to 4 times. After reconstruction, the trace density of a typical project is over 53M traces/mi2 (>20.4M/km2). As one would expect, there are many benefits with these design improvements however, we still need to be mindful of the wavefield we are recording. We will look at the Symphony® method and examples of its ability to efficiently acquire high trace density broadband data. We will also discuss reconstruction including examples of the benefits with respect to noise analysis and consider some limitations. As with any new technology there are various motivations when companies look at implementation, some good, some not so much. Careful consideration of the environmental, operational and geologic objectives needs to be taken when deciding which method or combination of methods is most appropriate. 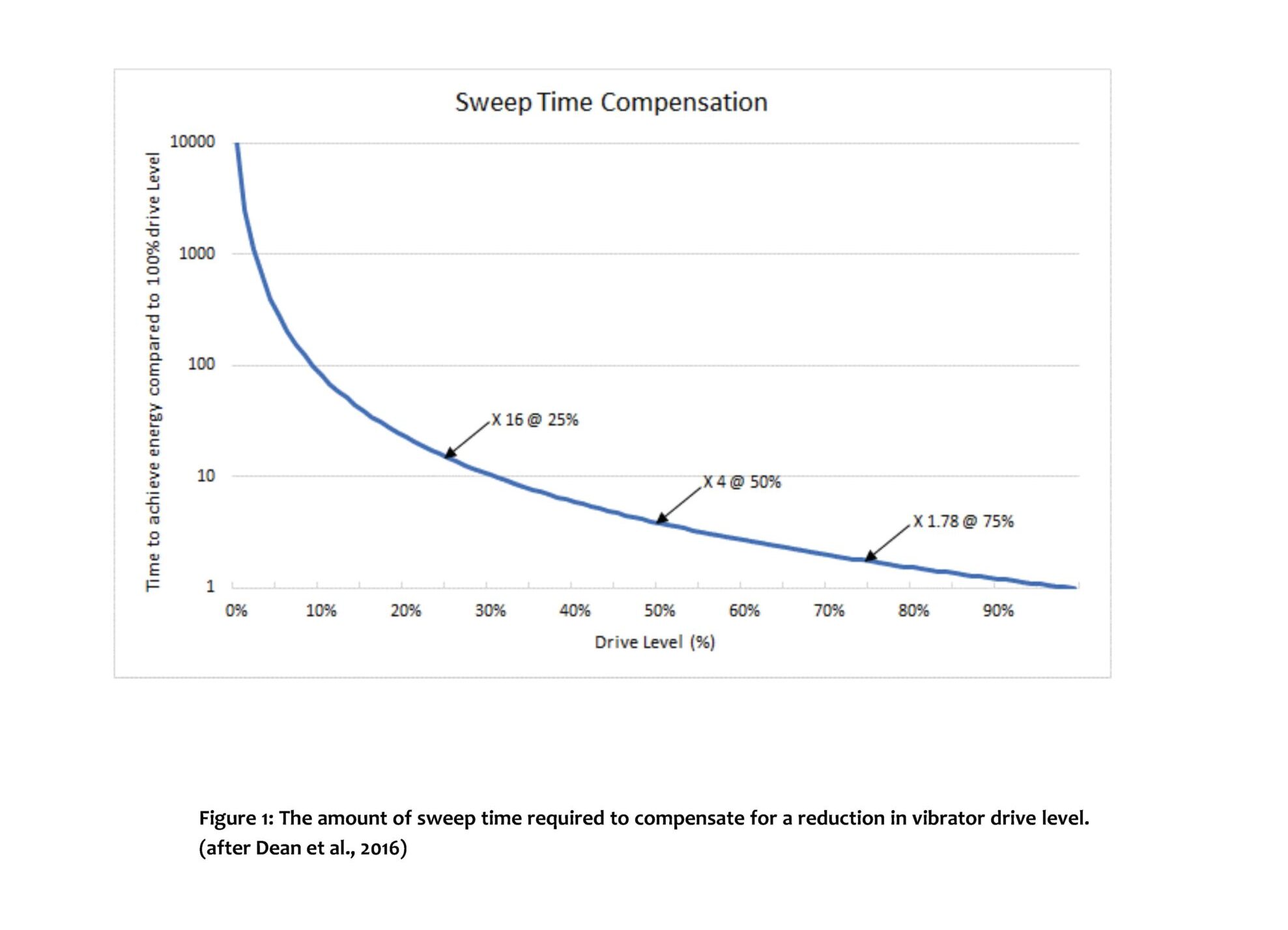 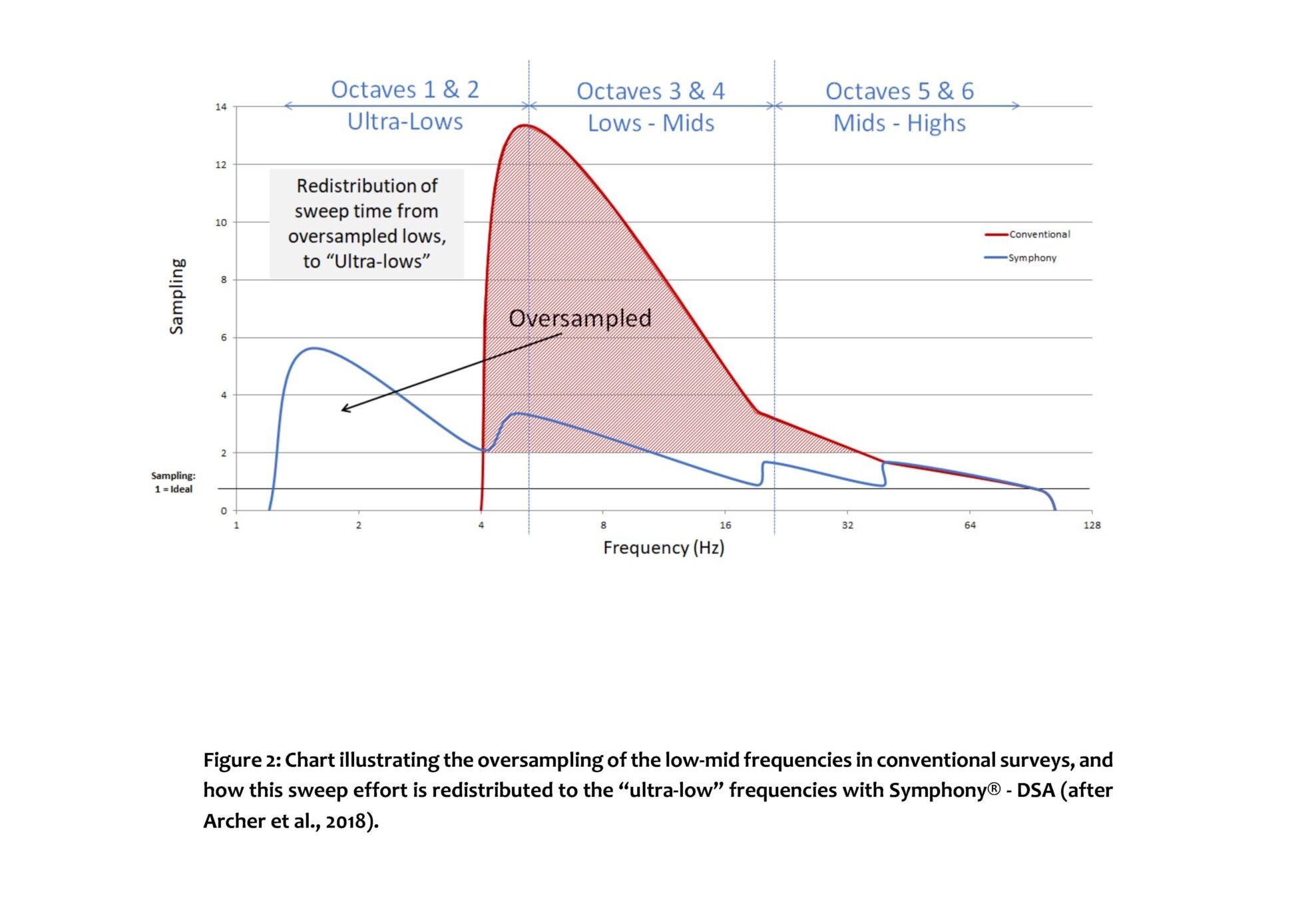